CBILS - Where are we now?

Jim Shaw is Founder and CEO of Shaw & Co. In this article Jim takes a step back to consider the impact of the Coronavirus Business Interruption Loan Scheme (CBILS). This blog, first published on a Sunday morning when life might be a little more peaceful, seeks to offer some perspective on where we find ourselves in relation to this emergency support package. 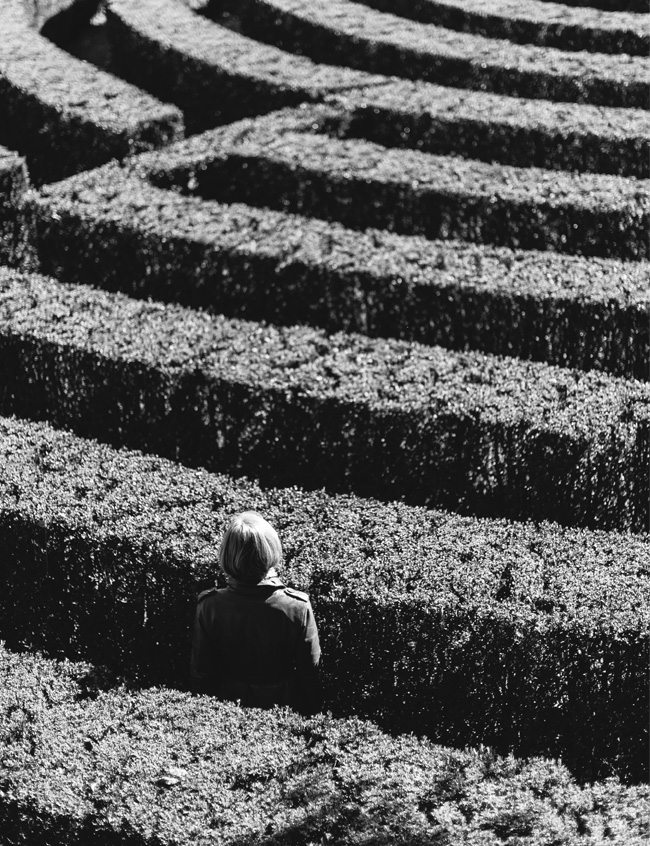 It is quite amazing to think that only 17 business days have passed since any of us first heard the term Coronavirus Business Interruption Loan Scheme, now widely known as CBILS, and only 10 business days since details of how this scheme would work were released by the British Business Bank. So much time, effort and focus has been put into this scheme by so many, it is hard to imagine life before it.

The scheme is now operational, which is a massive achievement when taken in context. Just 9 days in there was £90 million lent under CBILS when Chancellor, Rishi Sunak, announced tweaks to the scheme late last Thursday night.

However, for UK SMEs facing an almost total shutdown in the economy, £90 million is a drop in the ocean. According to the UK Government, total turnover attributable to SMEs (employees 0 – 250) in 2019 was £2.2 trillion. This means total lending under CBILS by last Thursday was 0.0041% of SME annual turnover and 0.05% of an assumed SME monthly turnover. With businesses suffering anywhere between 20% and 100% loss in revenue, it gives you a sense of just how much more money needs to flow to make a difference.

Faced with an unprecedented challenge, it was no surprise that the Government decided to modify an already existing scheme to create its flagship SME package. Many will have been familiar with the Enterprise Finance Loan Guarantee (EFG) scheme which was launched in early 2009 as a response to a challenging borrowing environment for SMEs following the 2008 financial crisis.

"CBILS is the EFG scheme in large parts and has carried over many of its issues."

This scheme offered a 75% Government guarantee to the lender which allowed them to accept marginal lending cases. Since its inception, this scheme has facilitated £3.4 billion of lending. Over an 11-year period that equates to £309 million per annum or £26m per month. Again, another good reference point from which to appreciate the scale of the challenge. CBILS is the EFG scheme in large parts and has carried over many of its issues.

The major issue with the EFG scheme has always been that the lender was exposed for at least 25% of losses on the loan if it went bad. The lender was also subject to annual portfolio guarantee limits so total exposure always had the risk of exceeding the advertised 25%.

Because of this, full credit analysis was still required to secure an EFG loan and many business owners were left frustrated and confused when they were not able to access these “Government backed” loans, which simply came down to the lack of appetite of the banks to swallow the remaining 25%.

So, when CBILS was announced sounding very much like the EFG but with an 80% guarantee, many of us experienced with the EFG scheme could see the issues coming even before the Chancellor sat back down.

Most of the British public would not have spotted that the Government is not spending £330bn across CBILS and its large business scheme the Coronavirus Corporate Finance Facility (“CCFF”) it standing as guarantor and expects that the capital to deliver CBILS will come from the private sector, namely the 40 institutions that were already approved lenders under the EFG scheme.

It also expects its money back. CBILS is no grant. Any ‘aid’ is limited to a Business Interruption Payment to cover the first 12 months’ interest and lender arrangement fees. Those faced to take a loan to save their business through no fault of their own will be excused for disagreeing with the Chancellor about the ‘generosity’ of the scheme.

Losses suffered by SMEs during this crisis, a crisis derived from (possibly unavoidable) state intervention, are ultimately to be worn by the SMEs and their owners. This concept also extends to other flagship announcements around time to pay and tax deferrals, ultimately the treasury wants what is owed.

Grants have been given elsewhere in the form of the Coronavirus Job Retention Scheme, small business and specific retail, leisure and hospitality concessions but otherwise, any help given now, will need to be paid back later. That in itself leads to a moral debate, one we discussed in our blog as early as 19 March in our open letter to the Chancellor.

Following widespread feedback from lenders, advisors and the business community, CBILS underwent a refresh late on Thursday night 2 April. Focusing on the positives, the scheme was modified to prohibit the taking of Personal Guarantees on loans of under £250,000 and the requirement to seek other commercial lending before a CBILS loan could be offered was removed. In addition, a new scheme the Coronavirus Large Business Interruption Scheme (“CLBILS”) was announced to cover businesses between £45m and £500m turnover.

The announcement on Personal Guarantees will be welcomed by many as a victory on moral grounds. However, based on the 80:20 rule many will argue that this was yesterday’s news. All the major banks had already pledged to the British Business Bank they would not take Personal Guarantees on smaller loans several days before this announcement was made.

Ironically however, this blanket ban may now limit options for some businesses as a number of the smaller approved lenders, that will have had a healthier risk appetite than the major banks, will require Personal Guarantees as part of their lending mandate. As such it is likely that they will now be taken out of the market. This reduction of the approved lender market was certainly not the intention of the Government, but likely considered worth the sacrifice for the headline and the political points.

Changes to the requirement of business to seek other forms of commercial finance before being eligible for CBILS is a major, wise and very welcome change. This moved CBILS from the last line of defence, to where it was always promoted to be, the first. This requirement was also creating a significant amount of work for the business owner and the lender. In addition, it was driving the market for some questionable lending at eye watering interest rates.

Consider first the process element. Requiring lenders prove all other options had been considered before relying on CBILS is adding process to an already stretched system. The Government announced on Thursday that 130,000 applications had been made for CBILS loans with only 1,000 approved by lenders (0.8%).

We also have reports from major banks of up to 15% of staff being unavailable due to self-isolation of actual or suspected Coronavirus infection. Many people don’t realise that banks do not have the technology to allow these loans to be processed from home. Their IT is too far behind the curve, so most loans are processed on-site mainly from call centres. Add to this the lack of virus testing and the advice to stay at home if you or anyone in your household has symptoms, and you have a perfect storm of vastly increased demand for loans, and reduced resource to process them.

The second point, which is a big one, is that in seeking other commercial loans first, business owners were being denied access to the ‘Government support’ by virtue that their credit case was slightly too good. They were being forced to pay interest rates many times that of a CBILS loan and importantly were not able to access the Business Interruption Payment grant to cover the first 12 months and arrangement fees. This was a complete travesty and material failing in the scheme that we are glad to see addressed. All we hope is that those forced into high cost products before this announcement can unwind those agreements and access a CBILS loan instead.

On the less positive, we still have the 80% guarantee and it looks like the Government are not likely to change that hiding behind ‘state aid rules’. This is the single biggest barrier now to the rapid deployment of money. As explained above, the lenders are still having to carry risk and therefore will need to carefully assess the credit they accept, which will take time.

Speed remains the key issue. Many business owners have furloughed employees to reduce cost quickly, but few have realised that they are unlikely to be receiving cash rebates until mid-May and are best to budget June. The IT challenge of HMRC to establish the Coronavirus Job Retention Scheme and the Self-Employed Income Support Scheme just as they were going through a cloud migration of over 7,000 applications and preparing for the exit of the EU, should not be underestimated. Scepticism when cash flow planning could be well placed.

The British Business Bank are working hard to approve new lenders for the CBILS scheme. Their new lender approval team has been expanded from 2 to 25 and the first wave of new names is expected within two to three weeks. This will open up the supply side of the equation and deliver options for those whose credit was denied by their bank. However, navigating this market for a time poor business under increasing pressure is going to be challenging.

Our advice to clients is that this remains a fluid situation and therefore they need to keep monitoring it. We believe that the Government is unlikely to follow the US and offer a 100% guarantee. The Chancellor seems determined not to fight the EU on state aid rules and offer the UK balance sheet unreservedly as many, including Shaw & Co, have called for. We believe that the Government will support the creation of a more competitive lender market by approving as many new lenders as it can to allow the private sector to again fix a public problem. Navigating this new market efficiently is a challenge that the Government has handed to the business owner.

If you are looking for support on your CBILS application either directly to your current lender or you want assistance in navigating this new and evolving market, we are here to help. 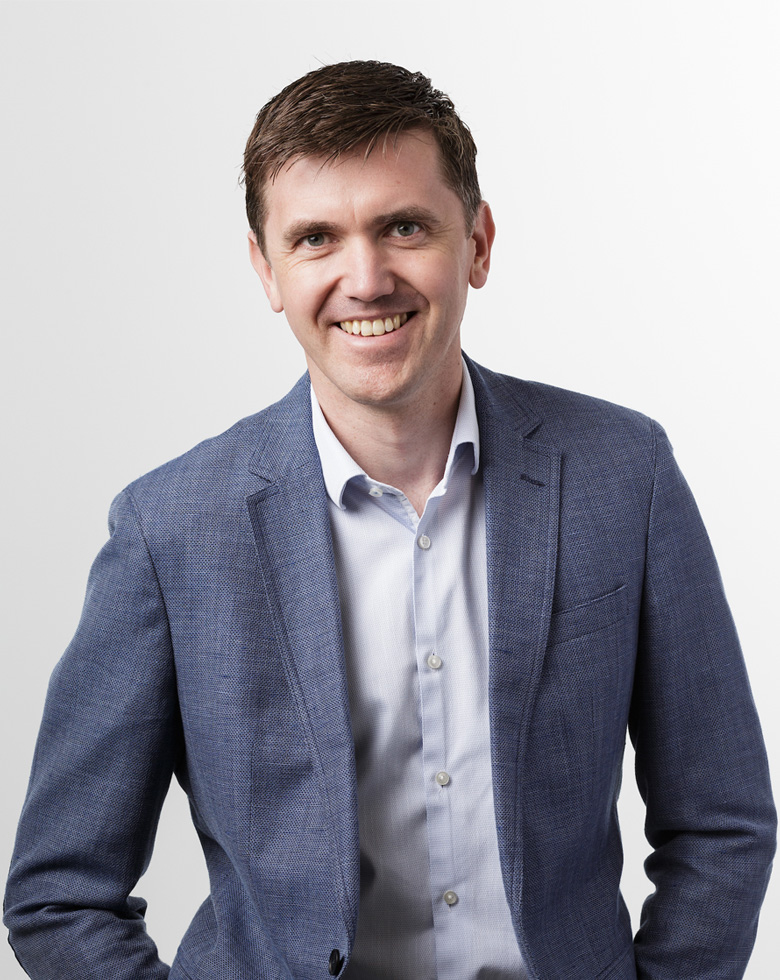 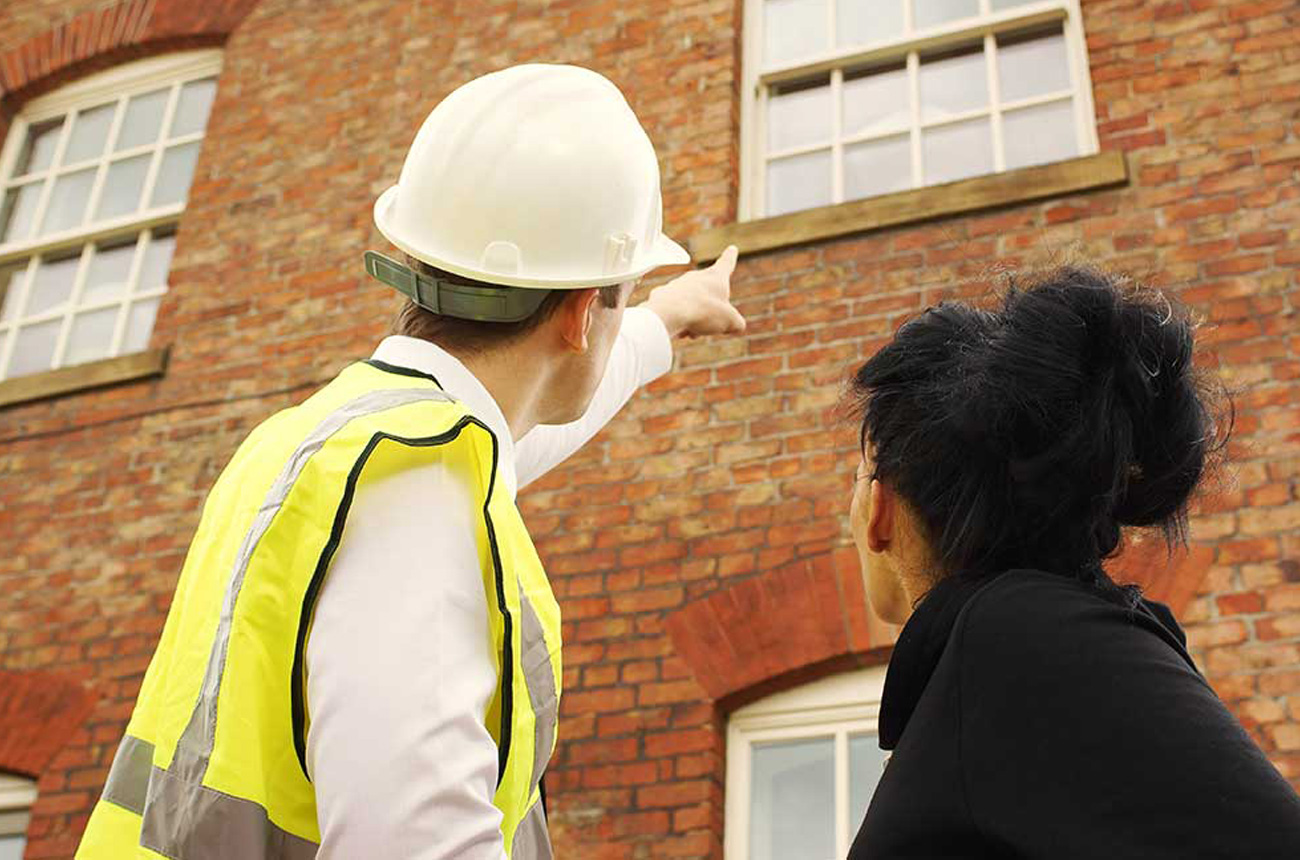 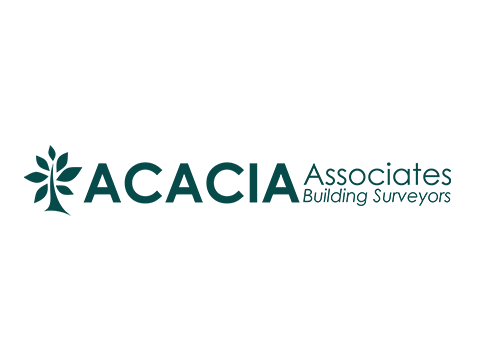 Acacia Associates is a building surveying company working for a diverse group of private and commercial clients. Find out why Acacia came to us to help raise funding during the COVID crisis. 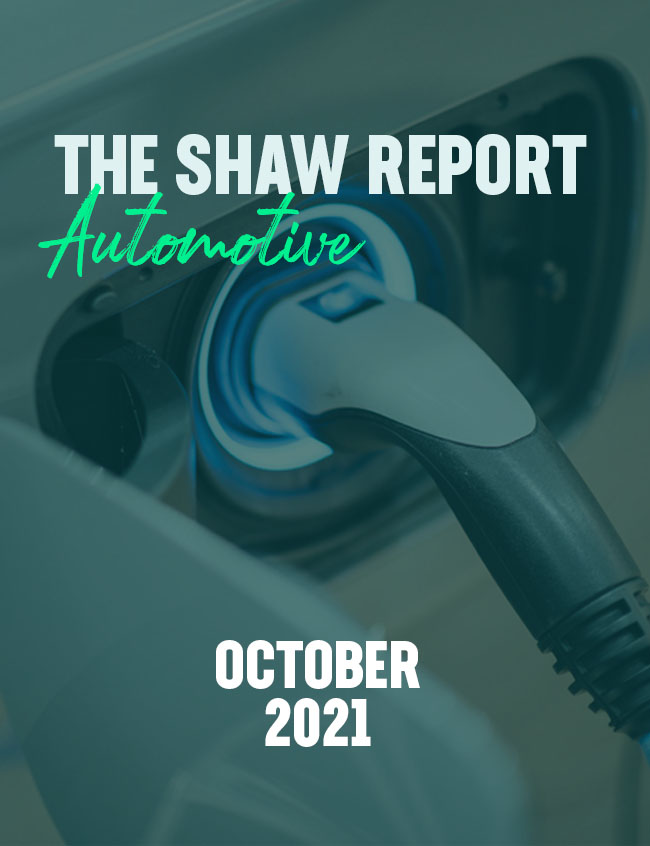 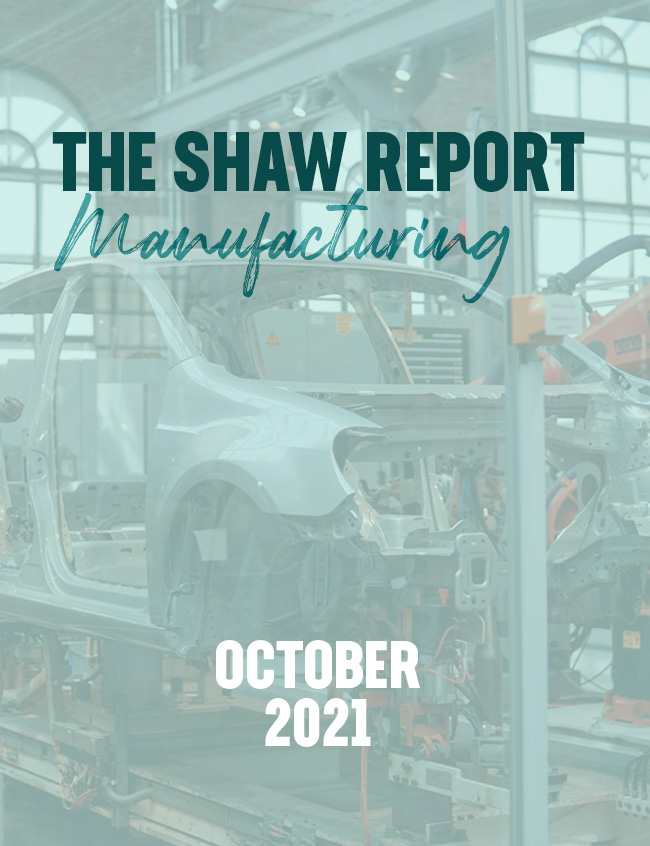 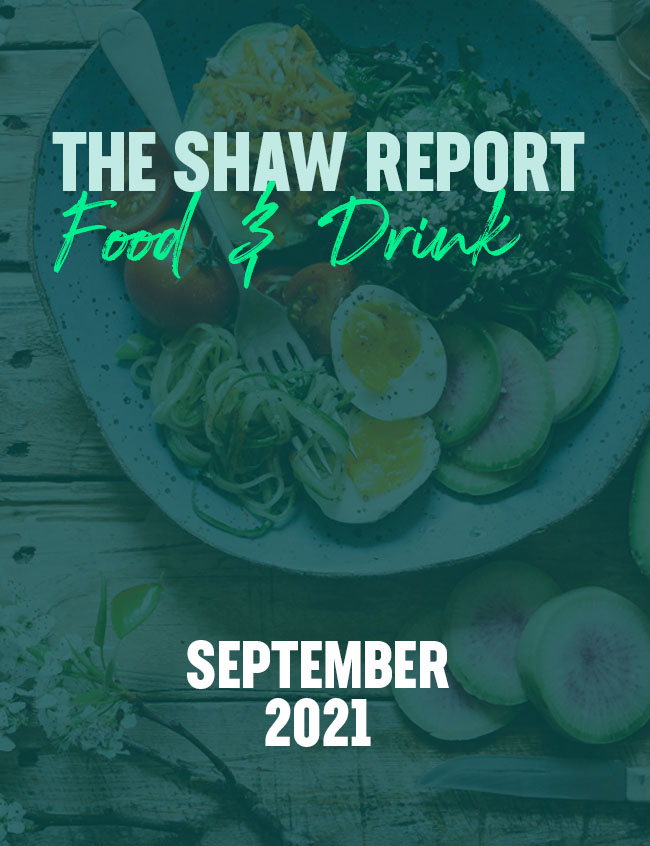